Every year, the commemoration of the massacre of students at the Polytechnic University of Athens, when soldiers of the fascist military junta (1967-73) massacred dozens of students (the exact number is still not established) leads to important mobilizations of student youth, around slogans which are always topical: “education, bread, freedom”. The days leading up to the demonstration on 17 November give rise to rallies, solidarity celebrations, demonstrations of all kinds, in a context of anti-imperialist resistance and the defence of democratic rights.

This year, student mobilizations began very early. As soon as it came to power in early July, the right wing Mitsotakis government announced cuts in public education and a green light for privatisation, all against a backdrop of a hysterical campaign of repression of rights, against refugees, against workers, against the left in general, relying on its fascist wing (right-wing cadres from former fascist groups) with the media almost entirely under orders.

In the education sector, the nomination of a fundamentalist bigot, Niki Kerameos, as minister was followed by more anti-social and anti-democratic measures: closure of the law school in Patras, opened by the Syriza government , and 37 other university sections, limitation of the right to studies (dismissal after two failures), plans to break the public monopoly of the university, the recent appointment as president of the Educational Policy Institute of a reactionary provocateur and so on. And the right voted through this summer a highly disturbing repressive measure, which for many clearly shows the link between this “Orbanized” right and the military junta of 1967-73: the suppression of university asylum, together with a jumble of accusations about terrorists taking refuge in the faculties, these terrorists being mostly anarchists, the extreme left and Syriza!

The student movement was not mistaken about the seriousness of this measure and its unspoken consequences for the right to study: at the end of July, a first demonstration saw 5,000 students in Athens. And since the start of the academic year, many mobilizations have taken place on this issue, with recent weeks of big demonstrations and a growing mobilization with the prospect of celebrating the 46th anniversary of the Polytechnic uprising, whose importance was understood by many this year. Suddenly, the university authorities stood to attention: a conference of university presidents denounced “episodes” of student violence and, above all, the management of ASOEE, the economics faculty in Athens, took the unprecedented decision to close the college in the week of November 17th, preventing its academic community from organizing at an important moment in academic life and politicization. Students from this and other schools organized a response to this lockout, entering their college to claim their rights. The result: a violent police intervention against students, but also against passers-by and journalists, Mitsotakis thus showing to all those who doubted his true face.

Because the slogan of the period for the regime is “law and order”, which is not unlike slogans of darker times in Greece. This is evidently illustrated by the expulsions from occupied buildings, particularly in the Exarcheia district, which continue without a sufficiently massive protest against. This is also true of the new rights conferred on the police force strongly influenced by the Nazi ideas of Chryssi Avgi (Golden Dawn): arbitrary arrests, beatings, various humiliations, threats, and provocative statements by cops rejoicing that the spirit of the junta has returned.

So many provocations and so much impunity make some think that the government is trying to open another front to divert attention from the financial scandal in which some of its members, including the extreme right minister Georgiadis, are involved. That this aspect exists is possible. But it is obvious that basically, this revanchist government without much experience has only one goal: fundamentalist neoliberalism, in the manner of Pinochet, especially in the educational field, with the project of drastically reducing rights to study.

The student movement has rejected these attacks increasingly strongly in recent days: on Thursday, 14 November a very big demonstration took place in the centre of Athens, and many faculties are occupied across the country, in view of a November 17th which the youth intend to have a much more massive character than in previous years. All the reasons why the link with the labour movement will be decisive … as well as international solidarity, especially against repression!

PS (18 November): The commemoration on 17 November was rather a good and encouraging surprise: tens of thousands of protesters (the police speak of 20,000), with combative contingents. The presence of students and youth more broadly confirms that a reconstruction of resistance against the brutal attacks of the right is taking place … 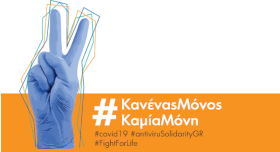